Legend of Immortals, a first-rate fantasy IP, officially released its trailer in 2018 China Literature IP Ecological Conference yesterday. Selected from works of platinum writer from China Literature- Eat Tomato, the adaptation works was produced by Foch Film & TV. This works tells a story that Qin Yu, the protagonist, tried every method to practice and overcame the built-in disadvantages and gradually stepped on the journey to get stronger. 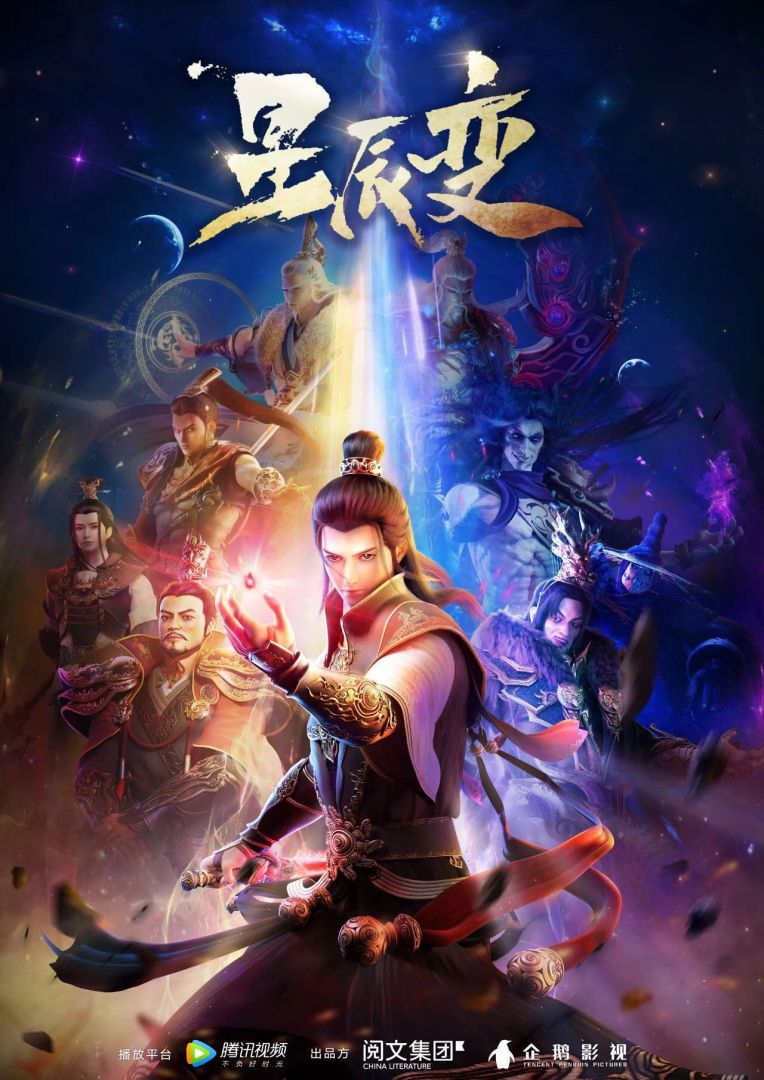 At the end of the trailer, one-shot expression technique is used. Audience can follow the angle of view from Little Black, from the moving ship to the waterfall flowing down. There was the back sight of protagonist Qin Yu only left, combined with the magnificent music, which perfectly depicted City of Yanjing in the novel Legend of Immortals

In the design of the scene, we look through the architectural atlas in the time of novel background in the process of creation. We modified it for the second creation on this basis in order to presents a style of cultivation that corresponds to the aesthetic preferences of modern young people. The advanced technology enabled our team to finally reshape the fairy-like effect described in the novel.

In the design of the protagonist, we were stick to the original novel, just from the childhood of Qin Yu. With the development of the plot, Qin Yu gradually changed the appearance and equipment, making the audience to feel the growing process both of his external strength and inner world.

In terms of character shaping, we decided to break the either positive or negative characters, avoiding the roles of obvious facial features, making figures more realistic and stereoscopic. Therefore, the story contained more contents and elements.

我吃西红柿,the original author, expressed his anticipation and wish for the animation

Besides the released trailer of Legend of Immortals, IP Joint Operation Partner Alliance was founded in this conference. Mr.Yuan Feng, CEO of Foch Film & TV, was also invited to join in this Alliance.

Want to know more about the details? Go and find them with me~

What is Joint Operation Partner?

The system includes different cooperative participants from each end of the industrial chain, known as partners, including writers, copyright parties, developers (from films, comics, games) and investors. When they develop derivatively and collaborate coordinately with regard to different stages and different forms of IP, partners share risks and revenue, with the expectation from joint operation to joint profit. This mode will maximize the IP value and promote the benign ecological construction of IP industry.

Upgrading “We Connect” system in multi-dimension

Mr.Luo Li attributed the idea of Joint Operation Partner to three points, Openness, Symbiosis and Win-win. He also explained how to prepare the upgrade in terms of the depth, width and accuracy in this system.

The width of Joint Operation Partner not only refers to opening up different content forms such as film and TV, animation, games, peripherals, music and so on, but even refers to breaking the boundaries of the cultural and creative industries, and operating IP to more real economic sectors such as tourism, catering, fast moving consumer goods, theme parks and more.

The depth of Joint Operation Partner refers to creating quality works and launching benchmarking works of both quality and reputation.

The accuracy of Joint Operation Partner refers to relying on China Literature which serves hundreds of millions of users and advantage of Big Data in all channels to accurately grasp the demand of users. In addition, its accuracy indicates that cultivating a professional team providing from content selecting, all stages development, to marketing services and constantly improving the standards of team.

China Literature platform has registered IP authorization and adaptation for more than 100 works in 2017. There were more than 200 cooperative partners.

The adaptation of the works has accumulated a total number of 88 billion views in the Internet. In particular, the most striking thing is the achievement deriving from the adapted animations whose Internet texts were created by China Literature.

There were 11 originally-made animations from China Literature came to the public. Many of them became the benchmark of domestic animation and comic.

Fights Break Sphere (Season 1), animation produced by Foch Film & TV, received more than 1.5 billion views in the Internet, which ranked the first in viewing rate of domestic 3D animation in that year.

As a strategic promoter of the IP Joint Operation Partner System, Ms. Wang Yun, General Manager of Copyright Development of China Literature, fully demonstrated the actual operation of the development of entire IP industry chain to the companies that attended the conference.

Hao Bo, 2D animation producer, said that with the core of “strong cooperation, elaborate cultivation”, we closely follow the trend of IP ecologicalization and will release animations such as Fantasy Hunter、Cute Wife The God of Cookery, Release That Witch, Qing Yu Nian to promote diversity of theme and category, diversity of market expansion and innovation of cooperation modes.

Ms. Gao Lihua, 3D animation producer, took the example of Fights Break Sphere and introduced the layout of 3D animation under the IP Joint Operation Partner System and the talents of the partners. She further said that besides the IP about fantasy category, they would also make efforts to develop and attempt with other categories of IP such as military, adventure, sports, and idols. All this will make 3D animation of China Literature from a single advantageous field to a comprehensive level.

As a popular IP category among readers in network literature, China Literature will continue to exert its strength and devotion on the development of fantasy category.

Promoted by China Literature, as the Connector, a new era of literature and culture creation with a label of “the Joint Operation Partner” will be initiated.