What is Zhangjiang Cup?

The 2nd Zhangjiang Cup (employee computer programming, animation graphing contest) aims to implement the spirit of the 19th Party Congress and significantly promotes the construction of a scientific and technological center with global influence. The contest boosts innovation and entrepreneurship and makes efforts to build a knowledge-oriented, skilled, and innovative labor force. In addition, this contest is organized as an annual skill contest covering the employees from the Yangtze River Economic Belt, radiating the nationwide computer and animation industry.

With the goal of serving the core functional zone of Zhangjiang Science & Technology Innovation Center, building a knowledge-oriented, skilled, innovative labor force as the core, covering the Yangtze River Economic Belt and radiating the country. The contest attracted more than 100 enterprises from 7 provinces and cities including Shanghai, Guangdong, Jiangsu, Henan and Shandong. More than 10000 employees participated in the contest. Meanwhile, a large number of highly skilled talents in computer programming design and animation graphing stood out.

The Trade Unions make the advantage of their resources to organize the labor contest and use social methods to work together with industry associations, which makes labor skill contest in new industries and new technologies more professional and authoritative. Besides, in terms of contest results, Pudong New Area Federation of Trade Unions also actively adapt to the new situation of government function transformation, innovative supervision methods and optimization of vocational qualification certification. They collaborate with Shanghai Animation Industry Association to use the labor contest as a technology and skill assessment platform, formulating industrial technical standards and approving technical level of employees through practice.

In the process of planning, preparation and implementation of the contest, Shanghai Animation Industry Association organized experts from animation industry to do active research. After a series of expert meetings, as well as repeated discussion and argumentation, the professional qualification assessment program for the animator (animation graphing) position was finally built up. This program not only creates a precedent for the animation industry in China, but also filled the profession identification vacancy in animation industry. In the past, there were no job identification and no job title evaluation. It further lays a practical foundation for the future development of the standardization system of animation industry in China.

So far, our company has a closed industrial ecology, ranging from producing and developing long animation, films, TV programs, to relevant propaganda and publication, authorized sales of original copyright. Foch Film & TV always adheres to the principle of high standards and content priority, making efforts to fight for the brand new power of animation in China.

By participating in the 2nd Zhangjiang Cup skills contest, the employees from Foch demonstrate their ability, strengthen communication with their counterparts in the industry, and further strengthen professional skills of Foch. Meanwhile, our employees reinforce the awareness of industrial civilization and lay a solid foundation for Foch’s reform of the industry and image of company.

Having a history of business for 11 years, Foch films & TV produced a series of prestigious works such as Music Up，Fighter of the Destiny，Fights Break Sphere， Full Time Mage，Prince Table Tennis，Cat Star，Kimbalang Guardians and more.

Foch will continue to produce high-quality animations to reward our supporters. Thank you again for your endless support and attention. 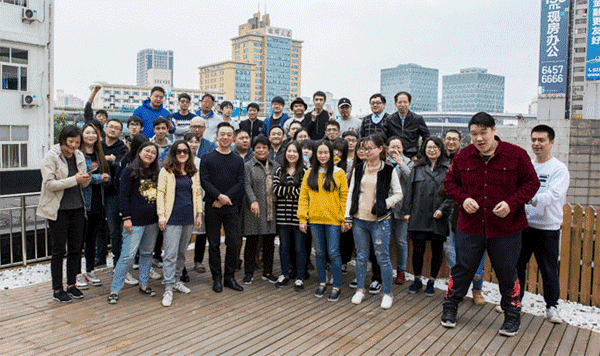